Over the last 5 years, the government has implemented various cooling measures to curb speculation and runaway inflation on property prices. However, did they effectively ‘cool’ down the market? Here, we take stock of all the measures taken since 2010.

On July 2014, Bank Negara (BNM) had revised its Overnight Policy Rate (OPR) from 3% to 3.25%, for the first time. FYI, OPR has a causal effect on Base Lending Rate (BLR). Thus, an increase in OPR should cause a corresponding increase in BLR as well.

p.s. If you want to know more about the relationship between OPR and BLR, click here.

NOTE: Leveraged here refers to the high amounts of debt from mortgage loans.

While the previous interest rate hike is in itself not significant, further hikes shouldn’t be ruled out. Each successive hike increases the cost of funds, making it less attractive for risk-taking behaviour on borrowed funds.

Having said that, BNM announced that the OPR was reduced to 3% again on 7th May 2019 and it’s maintained till today. This news has left the property buyers/investors in the joyous mood because it’s cheaper for property buyers to take up a home loan product as they could leverage on the lower initial interest rate.

DIBS is an innovative home financing scheme whose original intention was to help lower the cost of buying a home. Under DIBS, interest payments would be borne by the developer during the construction period. However, speculators have taken advantage of this scheme to buy properties with lower capital outlay.

The abolishment of DIBS prevents buyers from avoiding the interest costs, thus increasing the expenditure threshold needed for property speculation. This effectively rules out low to middle-income speculators. The downside to this is that houses will become less affordable to the genuine home buyer. That said, it should be noted that some developers have come up with alternative schemes for buyers to skirt this ban. Developer Interest Rebate Schemes (DIRS) are already becoming increasingly common. Under DIRS, developers directly write cheques to buyers to reimburse the buyers’ cost of servicing interest.

Overall, the abolishment of DIBS will deter those with insufficient income from speculating by raising the threshold to speculate.

As another initiative in cooling down housing prices, the government has again raised the RPGT in 2014 and has maintained until today.

“RPGT is structurally targeting speculators and since it is not an upfront tax, it would not be a deterrent to owner-occupiers or investors who buy properties for rental gains. In the long term, it may help to curb to property speculation,” Mah Sing Group Bhd group managing director Tan Sri Leong Hoy Kum said.

RPGT ‘hurts’ the profit for speculators causing a drop in investor’s interest in the secondary or sub-sale market. Long term investors, however, are unlikely to be overly concerned about the duty increase.
RPGT rates effective from 1 January 2019:

The extension of the applicable period (for RPGT rate of 30%) from 2 years to 3 years is also seen as a surgical move. As most projects take 2 to 3 years to complete, under the previous regulations, many speculators were able to “escape” the highest RPGT rate by selling right after project completion. With the extended applicable period, higher tax rates will apply to a wider range of speculators.

Some argue that RPGT hikes may cause s property price inflation. This stems from when sellers try to pass on the incremental costs from RPGT to buyers and from when sellers delay selling off their properties, which may cause a temporary drop in supply.

Nonetheless, RPGT is indeed an effective way of curbing speculative demand. Short term investors and speculators are expected to be the biggest losers from the hike.

The minimum property price for foreigners was raised from RM500,000 to RM1million (mil). This is to prevent foreigners from “snapping up” property meant for the lower and middle-income groups.

Nevertheless, this move was expected to have minimal impact as foreign investors only make up approximately 7% of Malaysia’s property market. Besides, most properties which attract foreign investment are already worth more than RM1mil. But, this was before Malaysia face a severe property overhang issue. During Budget 2020, the government had announced that the threshold for foreign property buying will be reduced to RM600,000 from RM1mil for the year 2020. Some experts/locals argue that this will promote property speculation, while some believed that a 1-year period wouldn’t make many differences.

ALSO READ: Why Lowering Foreign Property Buying Threshold IS NOT a Bad Idea?

This policy was implemented in 2010 for housing loans. A person with 2 active housing loans under his name will only be able to get a margin of finance of up to 70% for his 3rd home loan onwards. This increases the cash outlay required to speculate serially in the residential property sector.

But (whether by design or by oversight, due to certain loopholes or allowances), it hasn’t been as effective as it potentially could’ve been.

Additionally, loopholes in individual bank borrowing guidelines are regularly exploited by savvy buyers with the tacit abetment of those within the banking industry.

Finally, this policy doesn’t take into account the number of houses one already has that isn’t mortgaged. Nonetheless, it has proven effective in increasing the barriers to entry in the secondary housing market, and a lesser degree, in the primary market. This policy was discreetly enforced on banks by BNM in Q3 2013. The cash-out portion of any property refinancing would be limited to a repayment period of 10 years.

It disproportionately affects asset-rich investors/speculators. It severely limits their access to funding based on increasing asset values.

By enforcing this, BNM effectively increases the costs of acquiring higher liquidity (cash) through refinancing. This would reduce the upward pressure on property prices caused by the asset-rich segment of society. 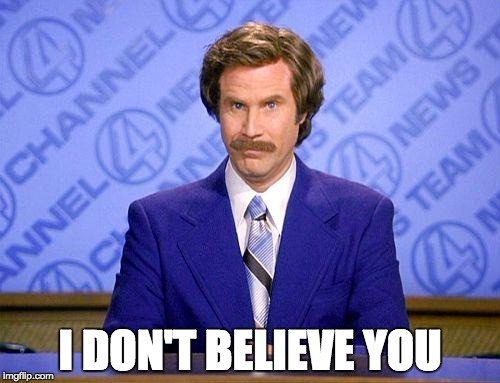 As a marketing strategy, developers may offer rebates and freebies to purchasers, but discreetly include the costs (referring to the rebates and freebies) into the property selling price by artificially inflating the price. This has the effect of distorting actual home prices and allowing buyers to take a higher loan amount than would have been.

Beginning in 2014, a detailed breakdown of sales prices must be provided by property developers. It should include the value of all benefits and incentives offered to buyers such as exemption of legal fees, stamp duty, sales agreements, cash rebates and gifts.

On top of that, the margin of finance offered by banks will only depend on the actual value of the unit, leading to the lower loan amount, much like before. This, together with the Loan-To-Value (LTV) curb, will immensely reduce the loanable amount to investors. This could also possibly curb future incentives that will be used to replace DIBS.

By reducing speculative demand, any property price appreciation in future is likely to be due to an increase in house quality and rising construction costs rather than speculation. More so, the continuous increase in demand from the expanding young adult population will continue to place upward pressure on prices.

Overall, short-term players will be most affected by the latest cooling measures, while genuine buyers (owner-occupiers) and long-term players who buy for long-term rent will not be affected as much.

p.s. For those looking to dip your fingers into the property game soon and is looking for the right home loan, check out Loanstreet’s home loan page to compare home loans from over 18 banks in Malaysia.

*This article & tools was done in collaboration with Loanstreet.